Measles is a highly contagious infection caused by the measles virus. Initial signs and symptoms typically include fever, often greater than 40 °C (104.0 °F), cough, runny nose, and red eyes. Two or three days after the start of symptoms, small white spots may form inside the mouth, known as Koplik's spots. A red, flat rash which usually starts on the face and then spreads to the rest of the body typically begins three to five days after the start of symptoms. Symptoms usually develop 10–12 days after exposure to an infected person and last 7–10 days. Complications occur in about 30% and may include diarrhea, blindness, inflammation of the brain, and pneumonia among others. Rubella (German measles) and roseola are different diseases.
Measles is an airborne disease which spreads easily through the coughs and sneezes of those infected. It may also be spread through contact with saliva or nasal secretions. Nine out of ten people who are not immune who share living space with an infected person will catch it. People are infectious to others from four days before to four days after the start of the rash.  People usually only get the disease at most once.  Testing for the virus in suspected cases is important for public health efforts.
The measles vaccine is effective at preventing the disease. Vaccination has resulted in a 75% decrease in deaths from measles between 2000 and 2013 with about 85% of children globally being currently vaccinated. No specific treatment is available. Supportive care may improve outcomes. This may include giving oral rehydration solution (slightly sweet and salty fluids), healthy food, and medications to control the fever. Antibiotics may be used if a secondary bacterial infection such as pneumonia occurs. Vitamin A supplementation is also recommended in the developing world.
Measles affects about 20 million people a year, primarily in the developing areas of Africa and Asia. It causes the most vaccine-preventable deaths of any disease. It resulted in about 96,000 deaths in 2013, down from 545,000 deaths in 1990. In 1980, the disease is estimated to have caused 2.6 million deaths per year. Before immunization in the United States between three and four million cases occurred each year. Most of those who are infected and who die are less than five years old. The risk of death among those infected is usually 0.2%, but may be up to 10% in those who have malnutrition. It is not believed to affect other animals.
The classic signs and symptoms of measles include four-day fevers (the 4 D's) and the three C's—cough, coryza (head cold, fever, sneezing), and conjunctivitis (red eyes)—along with fever and rashes. Fever is common and typically lasts for about one week; the fever seen with measles is often as high as 40 °C (104 °F). Koplik's spots seen inside the mouth arepathognomonic (diagnostic) for measles, but are temporary and therefore rarely seen. Recognizing these spots before a person reaches their maximum infectiousness can help physicians reduce the spread of the disease.
The characteristic measles rash is classically described as a generalized red maculopapular rash that begins several days after the fever starts. It starts on the back of the ears and, after a few hours, spreads to the head and neck before spreading to cover most of the body, often causing itching. The measles rash appears two to four days after the initial symptoms and lasts for up to eight days. The rash is said to "stain", changing color from red to dark brown, before disappearing. Overall, the disease from infection with the measles virus usually resolves after about three weeks.

Complications with measles are relatively common, ranging from mild complications such as diarrhea to serious complications such as pneumonia (either direct viral pneumonia or secondary bacterial pneumonia), bronchitis (either direct viral bronchitis or secondary bacterial bronchitis), otitis media, acute brain inflammation (and very rarely SSPE—subacute sclerosing panencephalitis), and corneal ulceration (leading to corneal scarring). Complications are usually more severe in adults who catch the virus. The death rate in the 1920s was around 30% for measles pneumonia.
Between 1987 and 2000, the case fatality rate across the United States was three measles-attributable deaths per 1000 cases, or 0.3%. In underdeveloped nations with high rates of malnutrition and poor healthcare, fatality rates have been as high as 28%. In immunocompromised persons (e.g., people with AIDS) the fatality rate is approximately 30%. Risk factors for severe measles and its complications include malnutrition, underlying immunodeficiency, pregnancy, and vitamin A deficiency.

There is no specific treatment for measles. Most people with uncomplicated measles will recover with rest and supportive treatment.
Patients who become sicker may be developing medical complications. Some people will develop pneumonia as a consequence of infection with the measles virus. Other complications include ear infections, bronchitis (either viral bronchitis or secondary bacterial bronchitis), and brain inflammation. Brain inflammation from measles has a mortality rate of 15%. While there is no specific treatment for brain inflammation from measles, antibiotics are required for bacterial pneumonia,sinusitis, and bronchitis that can follow measles.
All other treatment addresses symptoms, with ibuprofen or paracetamol to reduce fever and pain and, if required, a fast-acting medication to dilate the airways for cough. As for aspirin, some research has suggested a correlation between children who take aspirin and the development of Reye syndrome. Some research has shown aspirin may not be the only medication associated with Reye, and even antiemetics have been implicated. The link between aspirin use in children and Reye syndrome development is weak at best, if not actually nonexistent. Nevertheless, most health authorities still caution against the use of aspirin for any fevers in children under 16.
The use of vitamin A during treatment is recommended by the World Health Organization to decrease the risk of blindness. A systematic review of trials into its use found no significant reduction in overall mortality, but it did reduce mortality in children aged under two years.

The Middle East respiratory syndrome coronavirus (MERS-CoV) is a novel positive-sense, single-stranded RNA virus of the genus Betacoronavirus.
Initially called novel coronavirus 2012 or simply novel coronavirus, it was first reported in 2012 after genome sequencing of a virus isolated from sputum samples from person who fell ill in a 2012 outbreak of a new flu.
As of July 2015, MERS-CoV cases have been reported in over 21 countries, including Saudi Arabia, Jordan, Qatar, Egypt, the United Arab Emirates, Kuwait, Turkey, Oman, Algeria, Bangladesh, Indonesia (none were confirmed), Austria, the United Kingdom, South Korea, the United States, Mainland China, Thailand, and the Philippines.
Symptoms
The clinical spectrum of MERS-CoV infection ranges from no symptoms (asymptomatic) or mild respiratory symptoms to severe acute respiratory disease and death. A typical presentation of MERS-CoV disease is fever, cough and shortness of breath. Pneumonia is a common finding, but not always present. Gastrointestinal symptoms, including diarrhoea, have also been reported. Severe illness can cause respiratory failure that requires mechanical ventilation and support in an intensive care unit. Approximately 36% of reported patients with MERS-CoV have died. The virus appears to cause more severe disease in older people, people with weakened immune systems, and those with chronic diseases such as cancer, chronic lung disease and diabetes.

No vaccine or specific treatment is currently available. Treatment is supportive and based on the patient’s clinical condition.
As a general precaution, anyone visiting farms, markets, barns, or other places where camels and other animals are present should practice general hygiene measures, including regular hand washing before and after touching animals, and should avoid contact with sick animals.
The consumption of raw or undercooked animal products, including milk and meat, carries a high risk of infection from a variety of organisms that might cause disease in humans. Animal products that are processed appropriately through cooking or pasteurization are safe for consumption, but should also be handled with care to avoid cross contamination with uncooked foods. Camel meat and camel milk are nutritious products that can continue to be consumed after pasteurization, cooking, or other heat treatments.
Until more is understood about MERS-CoV, people with diabetes, renal failure, chronic lung disease, and immunocompromised persons are considered to be at high risk of severe disease from MERS-CoV infection. These people should avoid contact with camels, drinking raw camel milk or camel urine, or eating meat that has not been properly cooked.
WHO is working with clinicians and scientists in affected countries and internationally to gather and share scientific evidence to better understand the virus and the disease it causes, and to determine outbreak response priorities, treatment strategies, and clinical management approaches. The Organization is also working with countries to develop public health prevention strategies to combat the virus. 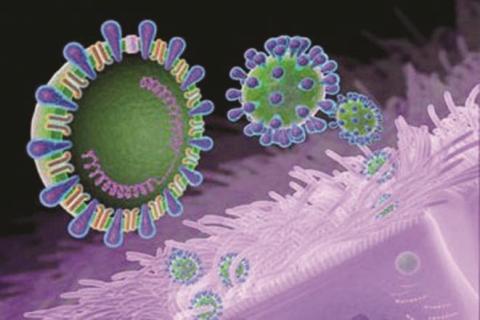 Appointment to a doctor 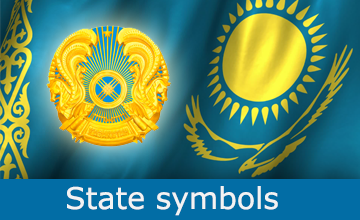 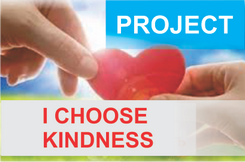